Closing Ceremony - Last one of the Google Olympic Doodles

The last doodle is dedicated to the Closing Ceremony slated to start at 9pm BST, approximately at 4am Malaysian time, August 13, if you could stay up to witness what promises to be the best closing ever, an extravaganza of singing, dancing and silliness. 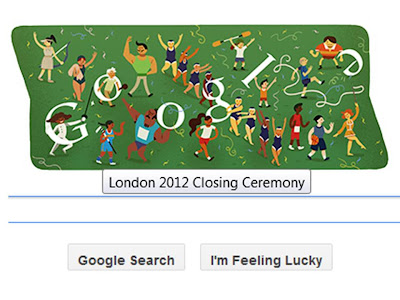 See the entire series of the Google Olympic doodles.