Today's Google Olympic doodle, number 14, is dedicated to Slalom canoe. Just like the earlier two doodles for Hurdles and Basketball, this Slalom canoe doodle is also interactive allowing you to try your hand at canoeing. You can play Slalom canoe here.. 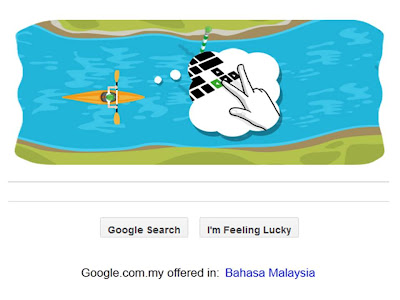 A little extra information on Slalom canoe at the London Olympics from Wikipedia..

The canoeing races at the 2012 Olympic Games in London are being contested in two main disciplines: the slalom, from 29 July to 2 August, and the sprint, from 6 to 11 August.[1] The slalom competition was held at the Lee Valley White Water Centre and the sprint events will be staged at Eton College Rowing Centre also called Dorney Lake.

A total of 330 athletes are expected to take part. The men's 500m races will be replaced by a 200m race; in addition, the men's C2 500m will be replaced by a women's K1 200m race.[2] This was confirmed at an International Canoe Federation board meeting at Windsor, Berkshire, on 5 December 2009.[3] For the first time, women will have two individual events in sprint canoeing. Because of the changes, the finals will now be spread over a three-day period instead of the traditional two days which had been in effect since the 1976 Olympic Games. - Wikipedia 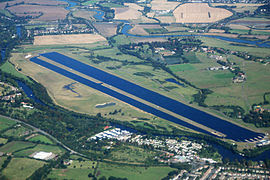 Dorney Lake, the venue for the sprint discipline

Posted by HappySurfer at 8:13 AM