Shucks, I stayed up to watch Everton beat Man United 1-0 at Goodison Park this morning, Malaysia time. A lot of people must have lost money, I was thinking. 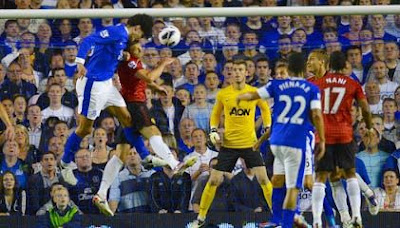 That wasn't a good opening match for MU, neither for Van Persie, who joined United from Arsenal for 24 million last week. He was forced to watch the opening 68 minutes from the substitutes bench before coming on 11 minutes after Fellaini’s header goal.

Results of the first matches of the new EPL season is as follows.. Click to enlarge 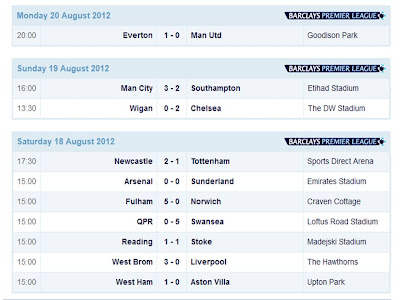 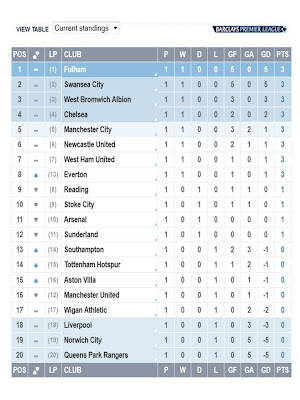 Image sources:
- The Star
- Premier league
Posted by HappySurfer at 9:38 AM