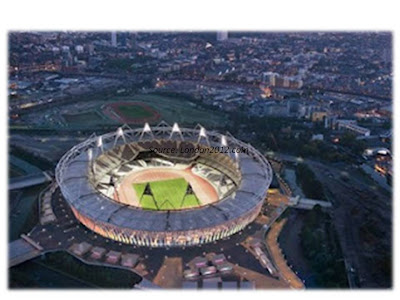 Tonight's Closing Ceremony of the London 2012 Olympic Games promises to be the biggest Olympics closing show ever! Expect an extravaganza of singing, dancing and silliness.

To celebrate the fact that music has been one of Britain’s strongest cultural exports over the last 50 years the Closing Ceremony has been titled, ‘A Symphony of British Music’.

Broadcast worldwide, the Closing Ceremony will start at 9pm (approximately 4am Malaysian time, August 13) and will feature more than 4,100 performers, including 3,500 adult volunteers and 380 schoolchildren from the six east London Host Boroughs.

March of the athletes will begin with the flag-bearers of the participating delegations entering the Stadium in single file, closely followed by the athletes. In the tradition that began at the Melbourne 1956 Olympic Games as a way of bringing the athletes of the world together, at the Closing Ceremony, athletes march together, not by nationality.

Three flags will be hoisted, one at a time - the flag of Greece to honour the birthplace of the Olympic Games; the host nation flag (UK) and the flag of the next Summer Olympics host (Brazil). The corresponding national anthem will be played as each flag is being hoisted. On the rostrum, the Mayor of the Host City will join the President of the IOC and hands him back the flag. The President of the IOC then symbolically presents the flag to the Mayor of the next Host City of the Olympic Games. The President will then make a speech declaring the Games closed.

The Olympic Flame, which has been burning in the Cauldron since the opening of the Games on July 27, will then be extinguished. Extinguishing of the Flame can be a moving moment for all those involved in the Games and possibly for everyone else watching the event. The Olympic Stadium will then come alive for one last time in these Games with celebrations.

Closing Ceremony Director Kim Gavin said: 'We want it to be the best after-show party there has ever been.'

Everyone is guessing as to who will be performing at the Closing Ceremony. The London Symphony Orchestra will be joined by some of the biggest pop artistes from the past 50 years. According to the BBC, George Michael has already confirmed his participation and the Spice Girls and Tinie Tempah are among acts reported to be performing. Other sources have suggested Adele, Take That, Paul McCartney (of course). 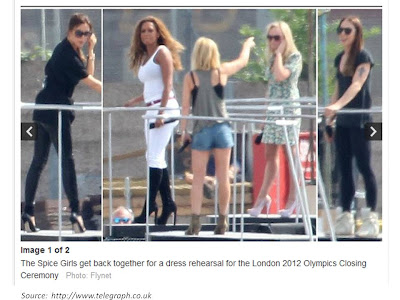 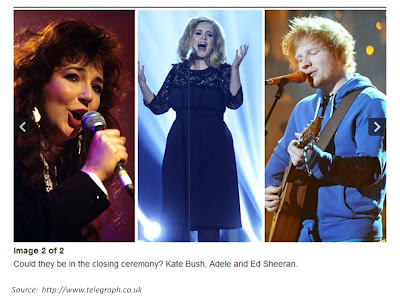 Malaysia too has a home-grown talent performing at the Closing. Samantha Tan will be one of about 100 professionals “peppered among the volunteers” at the London 2012 Olympics closing ceremony. 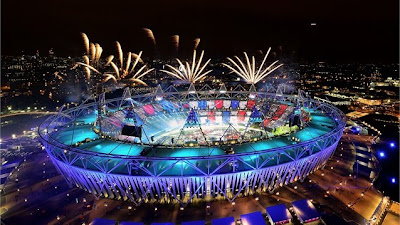 You can watch the Closing Ceremony live. Live-streaming of the London 2012 Olympics Closing ceremony available here at the Official Olympic Channel by the IOC - 9pm BST / 4am Malaysian time, August 13. Here's a Time Zone Converter if you'd like to know your local time.

p.s. Check out Google doodle for the Closing Ceremony