If you are in Langkawi these few days, you'd get the chance to experience the thrill of LIMA. It’s all systems go for the Langkawi International Maritime and Aerospace (LIMA) Exhibition 2009 with military aircraft and warships on showcase from today till Saturday, Dec 1-6.

The world-class platform for the aerospace and maritime industries is recording several firsts.

Swing-wing jet: An F-111 of the Royal Australian Air Force rehearsing for the air show in Langkawi yesterday. 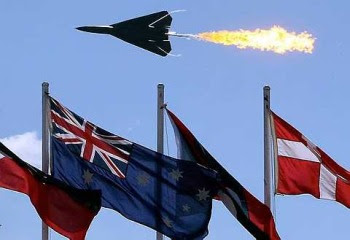 The Scorpene-class diesel-electric submarine is expected to be the main draw of the maritime show.

The exhibition has also recorded the largest number of ships anchored off Porto Malai – a total of 99 warships and vessels of all kinds.

Another first is the first appearance by the Republic of Singapore Air Force (RSAF) with its AH-64D Longbow Apache helicopter and F-16 Fighting Falcon jets, which are expected to carry out aerial displays to thrill the visitors.

Another debut is the huge B-52 bomber of the United States Air Force, which is expected to make a low-level fly-past routine. 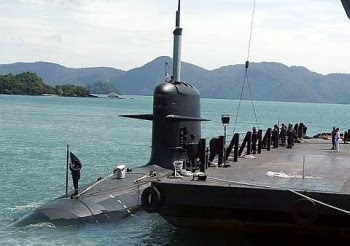 New boys in show: The Republic of Singapore Air Force is to make its first appearance with its F-16 Fighting Falcon and AH-64D Longbow Apache helicopter. — Bernama 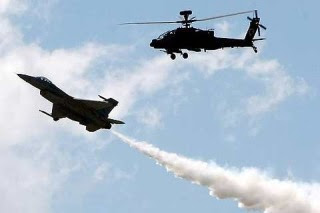 Tickets to the event cost RM10 each, while children below 12 are allowed free entrance.

The air show will only be opened to the public on Saturday.

A total of 325 exhibitors from 25 countries are participating in Lima this year.

Email ThisBlogThis!Share to TwitterShare to FacebookShare to Pinterest
Labels: LIMA