The Tsunami on Boxing Day 2004 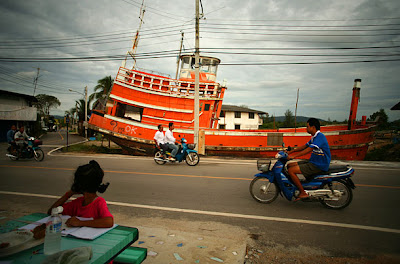 Five years ago today, December 26, a 9.15-magnitude undersea earthquake off the Indonesian coast triggered a tsunami that was a truly international catastrophe. The tsunami struck 13 countries, killing 226,000 people of 40 nationalities, 166,000 alone dead or missing in Aceh.

Time Magazine reported that five years later, a first-time visitor to the worst-affected countries — Indonesia, India, Sri Lanka and Thailand — might find the wave's terrible path hard to detect, thanks to a multinational, multi-billion-dollar reconstruction effort. Across Aceh, thousands of houses were built with foreign aid in what were once wastelands. In Banda Aceh, the provincial capital, new homes surround a 2,600-ton ship pushed a mile inland by the Tsunami. It is now a tourist attraction.

Below are pictures (Then and Now) of two of the affected places. More can be viewed on Time.com.

Flattened Towns in Banda Aceh, Indonesia
A lone mosque stands among what is left of a village 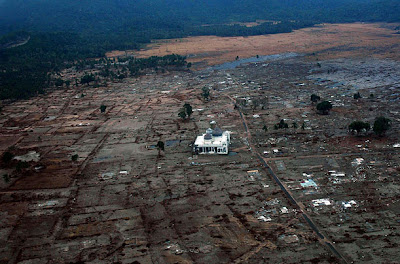 One Year Late
Acehnese men enjoy an afternoon at the beach a year after the tsunami. Male tsunami survivors reportedly outnumbered women by a ratio of about three to one in some villages. 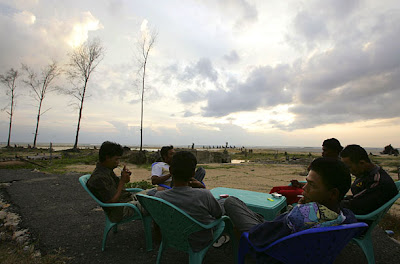 Endless Carnage in Sri Lanka
Rescue workers remove bodies from the wreckage of the "Queen of the Sea," which was derailed by the tsunami in Paraliya, Sri Lanka. The crash left almost all 1,200 passengers dead, and may have been the worst rail accident in history. 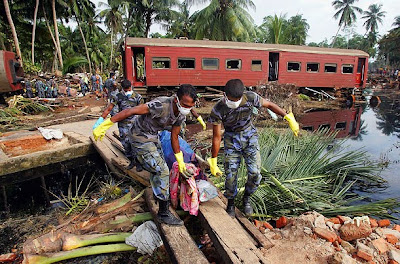 Fascination and Remembrance
A woman uses a portable videocamera to tape the wreckage of the "Queen of the Sea." The site became a tourist attraction. 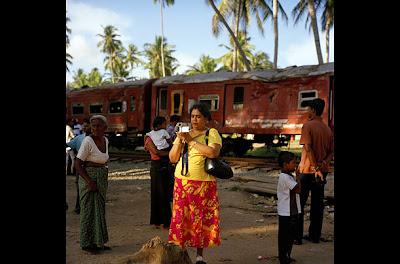 Where were you on that fateful day and what were you doing? Do you remember? It may seem quite sometime ago but events like these have a strange way of triggering us of what we were doing or where we were then. Maybe the memory escapes us but for those who were affected, that memory will stay with them all their life. But life goes on..
Posted by HappySurfer at 3:23 PM