You would have noticed the video clip posted on the sidebar, Paul McCartney's "When I'm 64". This one:


Ex-Beatle, Paul McCartney, celebrated his 64 plus 3 birthday on June 18, Thursday last. Paul is two of the four surviving Beatles, the other being Ringo Starr. I have always enjoyed The Beatles' music, so I thought I'd do up a belated birthday post for Paul and The Beatles. Coincidentally, I stumbled upon an interesting article on this popular British 60s/70s pop group, popularly known as The Fab Four, so I thought I'd borrow it for your reading pleasure.

The Beatles and Liverpool 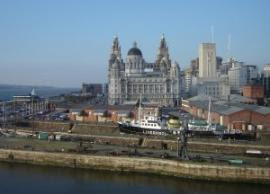 In the Town where I was Born... Liverpool today is a tourist destination for more than just the Beatles: from Tall ship races to Tate Liverpool , Aintree horseracing to Albert Dock, this is a city with a real buzz about it. But for millions of music lovers, since the early 1960s Liverpool has been synonymous with the most influential band in rock and pop history.

Before the lure of London and New York took the Fab Four away from their Merseyside home, they left an indelible mark on the place, a fact celebrated at many venues across Liverpool. The National Trust is in on the act, preserving John Lennon 's childhood home, Mendips , at 251 Menlove Road in Woolton, and Paul McCartney 's humbler counterpart at 20 Forthlin Road in Allerton and there is a combined tour of the two available for fans.

When the future musicians moved on to senior school, Paul (like George after him) got into the prestigious Liverpool Institute, John, already noted as a very difficult pupil, Quarry Bank Grammar. The serendipity of the meeting of the two central Beatles is seen in the proximity of John's art school, Liverpool College of Art, which backs the Liverpool Institute, which is said to have facilitated impromptu rehearsals in their earliest collaborations.

Paul and John met, however, at St Peter's Church Hall, in Woolton, a place that John's Quarrymen band played before their encounter. In the churchyard there is the grave of the Rigby family, including one Eleanor. Paul, who wrote the song, thought he got the name from other sources, but perhaps was subconsciously influenced by seeing it.

As musicians and students everywhere will, the Beatles enjoyed a good drink. Pubs all over the city lay claim to their custom, but some have a better right than others: Ye Cracke in Rice Street is pretty authentic still; and The Philharmonic was one of John‚s favoured watering holes in Hope Street, not far from the art school.

When they graduated to performing the boys played local clubs like Pete Best‚s Casbah Coffee Club in West Derby, and of course The Cavern, where they played nearly 300 times (the original site was knocked down to make a supermarket, but the bricks were saved and a replica rebuilt nearby in Mathew Street).

For those wanting to make a fuller - and easier - day of it, there are organised Beatles tours. Or you can drift around the city on your own, spotting Lime Street from their version of Maggie May, or Mae as they preferred; Strawberry Field, the former Sally Army kids home is another for the list, and Penny Lane of course.

If you are short of time, The Beatles Story on Albert Dock is a quick and quality induction, and The Beatles Shop on Mathew Street has a vast array of Fab Four product on display. You'll not be alone of course, the draw of the band bringing crowds still: Where do they all come from? From all over the world actually!

So, there you have, if you make a trip to Liverpool, the places mentioned here would be the places you don't want to miss.


Source: information-britain.co.uk
Posted by HappySurfer at 11:32 AM