This is indeed sad news for the entertainment industry and for fans around the world. Michael Jackson has left the building, for good.

As a tribute to Michael Jackson, I have put together here, reports of his death from all the popular news sources.

The entertainment industry has actually lost two famous people at the same time, the other being Farrah-Fawcett Majors, one of the original Charlie's Angels of the 70's. In fact, she was the most popular of the three angels back then. Farrah-Fawcett succumbed to cancer.

Michael Jackson, the show-stopping singer whose best-selling albums -- including "Off the Wall," "Thriller" and "Bad" -- and electrifying stage presence made him one of the most popular artists of all time, died Thursday, CNN has confirmed. He was 50. 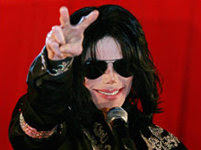 Paramedics were called to the singer's home around midday local time on Thursday after he stopped breathing.

He was pronounced dead two hours later at the UCLA medical centre. A spokesman for the centre said the star died of a suspected heart attack. 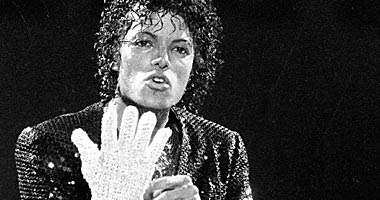 Michael Jackson, the sensationally gifted child star who rose to become the “King of Pop” and the biggest celebrity in the world only to fall from his throne in a freakish series of scandals, died Thursday. He was 50.

Jackson died at UCLA Medical Center in Los Angeles. Ed Winter, the assistant chief coroner for Los Angeles County, confirmed his office had been notified of the death and would handle the investigation.

The circumstances of Jackson’s death were not immediately clear. Jackson was not breathing when Los Angeles Fire Department paramedics responded to a call at his Los Angeles home about 12:30 p.m., Capt. Steve Ruda told the Los Angeles Times. The paramedics performed CPR and took him to the hospital, Ruda told the newspaper.

Michael Jackson had been planning to start a series of comeback concerts in London and had been rehearsing in the Los Angeles area for the past two months. Promoters of the shows said in March that he had passed a lengthy physical examination.

Michael Jackson, the "King of Pop" who once moonwalked above the music world, died Thursday as he prepared for a comeback bid to vanquish nightmare years of sexual scandal and financial calamity. He was 50.

Jackson died at UCLA Medical Center after being stricken at his rented home in Holmby Hills. Paramedics tried to resuscitate him at his home for nearly three-quarters of an hour, then rushed him to the hospital, where doctors continued to work on him.

"It is believed he suffered cardiac arrest in his home. However, the cause of his death is unknown until results of the autopsy are known," his brother Jermaine said. Police said they were investigating, standard procedure in high-profile cases.


Michael Jackson's Death: The Talent and the Tragedy - Time Magazine

The tragedy of Michael Jackson's death at age 50, reportedly from cardiac arrest, pales in comparison to the tragedy of his life. To understand all that Jackson had and lost requires wiping away three decades of plastic surgeries that deformed him, erratic behavior that made his name synonymous with the warping powers of fame, and a 2005 trial for sexually abusing a child that, even though he was spared of any finding of wrongdoing, made him a pariah to all but the most brainwashed of fans. 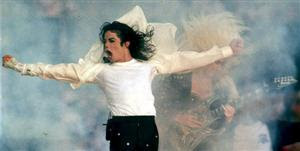 He might have died a sudden death, but Jackson leaves us with a music legacy for the ages. 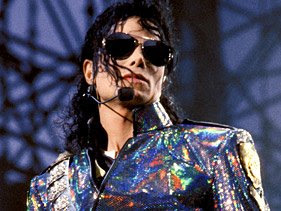 Reports say the legendary pop singer collapsed and suffered cardiac arrest at his home in the Los Angeles neighborhood of Holmby Hills. A doctor present at the time of the incident performed CPR on the singer but could not revive him. He was not breathing and had no pulse when paramedics arrived after a 911 call around 12:26 p.m. PT. They administered CPR and took Jackson via ambulance to UCLA Medical Center but were unable to revive him. 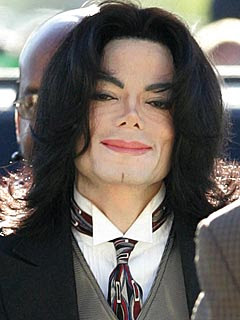 Michael Jackson, the onetime child star turned King of Pop, died in Los Angeles on Thursday afternoon after suffering an apparent cardiac arrest in his home. He was 50 years old.

Jackson was pronounced dead at 2:26 p.m. at the Ronald Reagan UCLA Medical Center not far from his rental mansion in the Holmby Hills. The cause of death wasn't known. An autopsy is set for Friday. 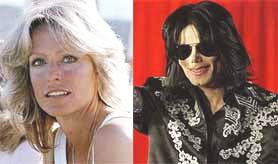 The entertainment world suffered a double blow when it was reported early Friday morning (Malaysian time) that both pop giant Michael Jackson and 1970s TV star Farrah Fawcett had died in Los Angeles.

Jackson, the sensationally gifted child star who rose to become the “King of Pop” and the biggest celebrity in the world only to fall from his throne in a freakish series of scandals, died Thursday at the age of He was 50. 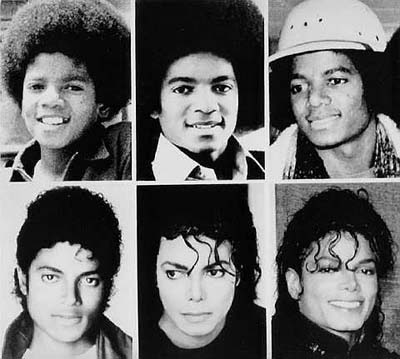 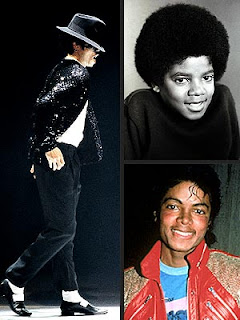 Britney Spears and Justin Timberlake are paying tribute to the late Michael Jackson, who died Thursday after going into cardiac arrest at age 50.

"I was so excited to see his show in London. We were going to be on tour
in Europe at the same time and I was going to fly in to see him," she tells Usmagazine.com. "He has been an inspiration throughout my entire life and I'm devastated he's gone!"

Timberlake, who was so influenced by Jackson that he wore a fedora and glove and showed off Jackson-esque dance moves in his "Cry Me a River" video, also is mourning.

"I can't find the words right now to express how deeply saddened I am by Michael’s passing," he wrote on his Web site. "We have lost a genius and a true ambassador of not only Pop music but of all music."


CNN AC360 has set up a live blog at ac360.com. Here’s your chance to talk directly to AC360° during the program. Send instant feedback and sound off on tonight’s headlines. Read and react to what viewers have to say, right here, right now.