New Year Celebrations Around the World 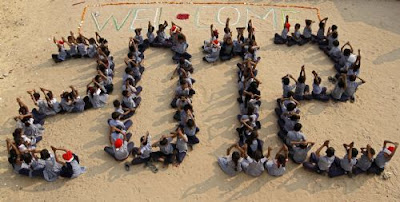 So, the new year is upon us. A new year brings new beginnings and hope, of letting bygones be bygones, of moving forward into an anticipated better year.

What is ringing in the new year without parties and fireworks. Over here in Kuala Lumpur, the fireworks display lit up the skies above the iconic Petronas Twin Towers which can be seen for miles. In other cities around the world from Beijing to Kabul to New York people gathered to usher in the new year.

Let's check out some of the celebrations in cities around the world.

Tens of thousands of people welcomed the new year in Times Square in New York where revelers welcomed 2012 with performances from Lady Gaga, Justin Bieber and Santana.

Lady Gaga and Mayor Michael R. Bloomberg prepared to push the button to drop the ball.

Fireworks lit up the London skyline and Big Ben.

Fireworks exploded over the Grossmuenster church in Zurich.

Revelers gathered at the Champs-Elysees in Paris.

Fireworks exploded over the Brandenburg Gate in Berlin.

A woman wrote the number 2012 in the air with a sparkler near St. Stephen’s Cathedral in Vienna, Austria.

Fireworks exploded over the temple of the Parthenon in Athens.

Thousands gathered to see the fireworks display at Red Square in Moscow.

Fireworks over Marina Bay in Singapore. 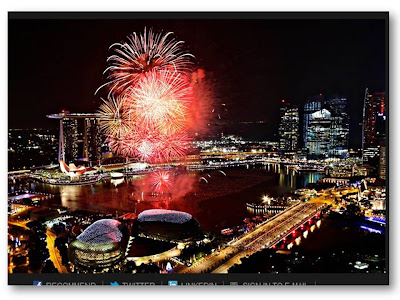 Visitors waved Chinese flags during a performance in Beijing. 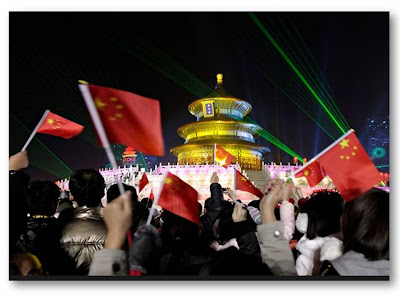 Fireworks lit up the skyline over Sydney Harbor. 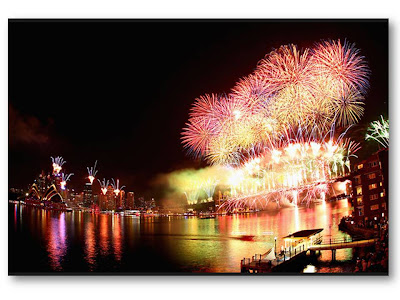 The above images are borrowed from New York Times. For more, you can go on the NY Times'slide show.

and in Kuala Lumpur, fireworks over the Petronas Twin Towers. 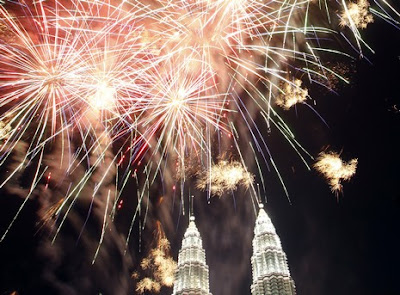 Indian folk dancers perform during the 28th Cochin Carnival at Fort Kochi in the southern Indian city of Kochi January 1, 2012. The Carnival is held annually to welcome the start of the New Year. - REUTERS - 1 January, 2012 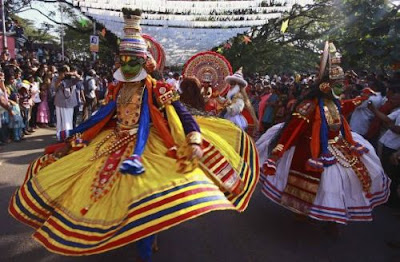 Another image of fireworks over the Sydney Harbour Bridge and Opera House. -REUTERS/Daniel Munoz 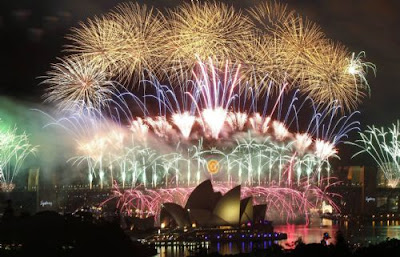 Shinto priests leave the holy worship area through a wooden torii gate following the yearend purification ceremony at Meiji Shrine in Tokyo, Japan, 31 December 2011. About three million people visit the shrine during the New Year's holidays every year to pray for their health and wealth. -EPA/KIMIMASA MAYAMA 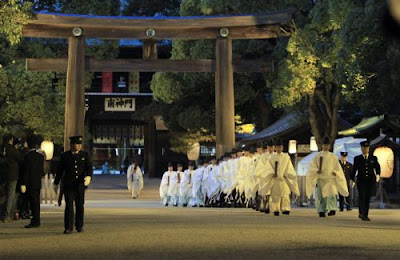 Balinese dancers perform as they take part in a cultural parade during a new year's eve celebration at a main road in Denpasar, Bali, Indonesia, 31 December 2011. -EPA/MADE NAGI 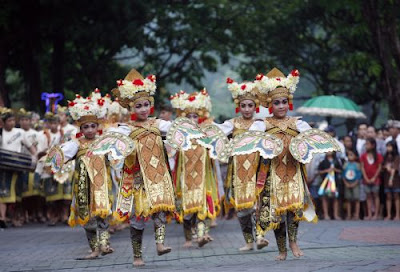