Montage of images from the previous two posts.. 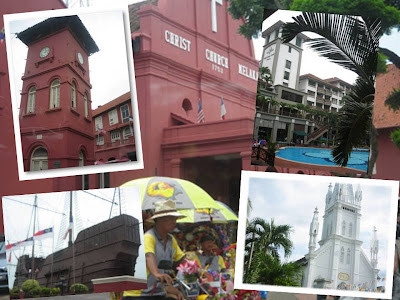 Continuing my recent visit to the historical city of Malacca from Part 1 (road trip and sights along the way) and Part 2 (entering Malacca city itself).

Checking in at the Frontdesk was a breeze and the queue was just for a mere ten minutes though the line was getting longer closer to the check-in time. 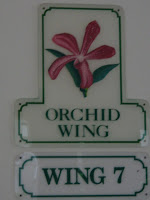 There is ample parking at the hotel though cars jamming up the hotel entrance during check-in time needs some addressing by the management. Guests are advised to park in the vicinity of where their room/apartment is located. Having checked in, we were issued keys to our apartments. We relocated our vehicles to the Orchid Wing where we would be staying.

Mahkota Hotel Malacca is a sprawling complex of rooms and apartments, beautiful landscaping, pools (including a spa pool), a karaoke lounge, dining outlets. I may be mistaken but all rooms seem to be facing the sea or rather the Straits of Malacca though I had hoped the body of water is nearer the hotel. Looking out to sea and seeing how miniscule the passing ships were made me regret not having a pair of binoculars with me. Made a mental note to pack that on my next outing.

Below is a combo image of the hotel complex. The lower portion is the hotel lobby. (Images borrowed from hotel website.) 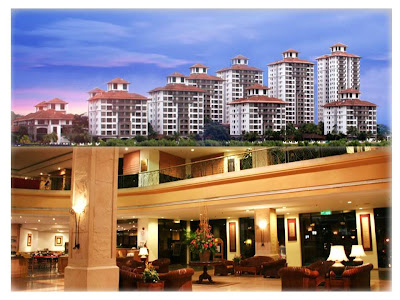 After dropping off our bags at the apartments, 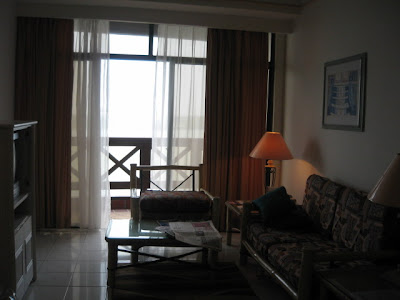 we realised it was already close to 4pm and we haven't had lunch.

Mahkota Hotel Malacca is located a short distance away two shopping complexes, one of them is Mahkota Parade, a shopping center with lots of shops and food outlets, so we headed to Mahkota Parade for lunch. After a satisfying lunch, we did some walkabout in the complex.

Christmas decor at the foyer of Mahkota Parade.. 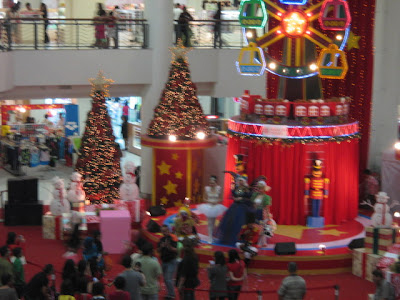 Christmas tree at the other shopping complex (whose name I did not note). Oops! (Never mind the bare-back lady, just focus on the Christmas tree.) A tourist attraction closeby is the 110-meter Taming Sari Tower. From the viewing deck at 80 meters, the ride offers a spectacular and panoramic view of Malacca, a UNESCO World Heritage Site. The passenger capacity is 66 passengers and the ride is for 7 minutes with a ticket price of RM20 for adults and RM10 for children. There is a special discount for MyKad holders. Operation hours are 10am to 10pm daily. Taming Sari Tower or locally called Menara Taming Sari is located at Jalan Merdeka, Banda Hilir,75000 Melaka. 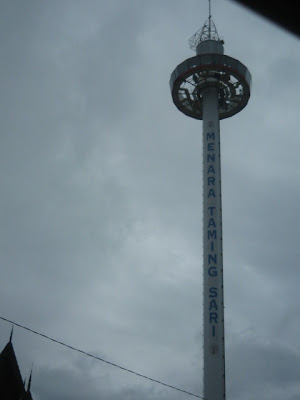 While the nephew and his parents took a ride up the tower, mom and the rest of us stayed grounded and chilled out at A&W. An hour later saw us heading to Jonker Walk, the part of Malacca that is one of the main draws to this historical city.

I thought I could include Jonker Walk in this episode but looks like this post is already too long and best that we take a break here.

So, Jonker Walk up next..


If you had missed the two earlier episodes, you can read them here..
Part 1 - A visit to Malacca, a UNESCO World Heritage Site

Part 2 - A visit to Malacca, a UNESCO World Heritage Site
Posted by HappySurfer at 2:28 PM