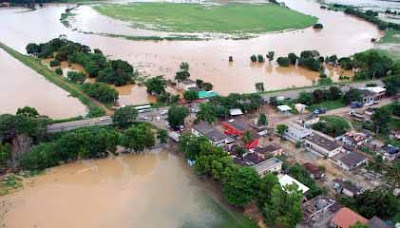 Rio de Janeiro was hit by floods around this time last year, which left 903 people dead. The same happened in April the year before in 2010. This year again, news around the world is reporting floods and mudslides in Brazil's Rio de Janeiro state.

Emergency teams are on maximum alert as heavy rains that have displaced 35,000 residents were forecast to continue, reviving fears of mudslides and flooding that killed more than 900 people early last year. 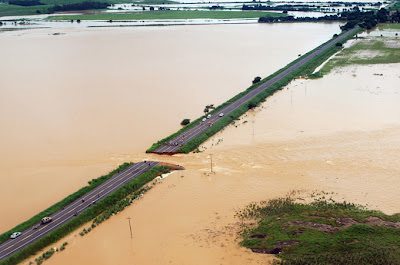 Part of a highway in Campos, 230km from Rio de Janeiro, was washed away after several days of heavy rains [Reuters]

A girl stands on the top of the roof of her house, where her family has gathered belongings in Campos, Rio de Janeiro State, after floodwaters burst a nearby dike on Jan. 5, 2012. Leonardo Berenger/Parceiro / AFP - Getty Images 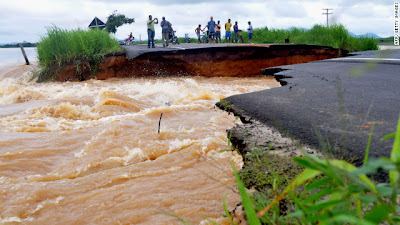 According to The Star,
Residents scrambled to gather their belongings and flee in the Tres Vendas district of Campos de Goytacazes in the north of the state, after a dike ruptured, sending water rushing through the streets.

A video posted by Reuters of the flooding so far.