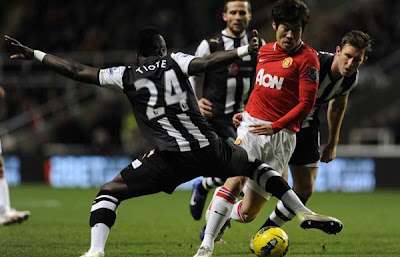 This is United's third defeat in twenty matches which means they stay second on 45 points, just three points ahead of third-placing Tottenham Hotspurs, and they have a game in hand.


Source: The Star
Posted by HappySurfer at 12:26 PM