Now here's something to celebrate about.

(Manchester) City lost the game 1-0 to Everton and are now on the same points as Manchester United who defeated Stoke City 2-0 at Old Trafford. Yayy!! 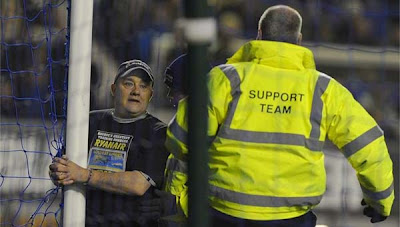 Both Manchester teams have 54 points from 23 games but City lead on goal difference.


Source: The Star..Fan halts City game by handcuffing himself to post
Posted by HappySurfer at 2:36 PM