While Argentina is going through the worst train disaster in 40 years, Brazil just concluded their famous annual carnival. It was Samba and glam time as Brazil celebrated Carnival where Samba school dancers took to the streets of Rio de Janeiro. 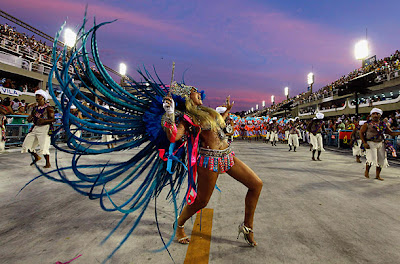 Fancy Feathers
A reveler from the Vila Isabel samba school dances on the first night of the annual Carnival parade in Rio de Janeiro's Sambadrome on Feb. 20, 2012. Carnival, the biggest and most popular celebration in Brazil, happens in the days leading up to Easter, running all over the country from February 17 to 21. 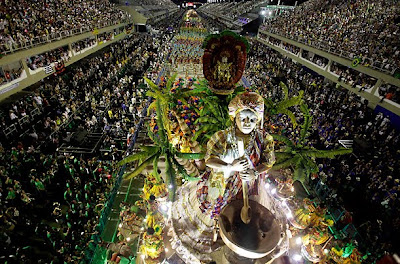 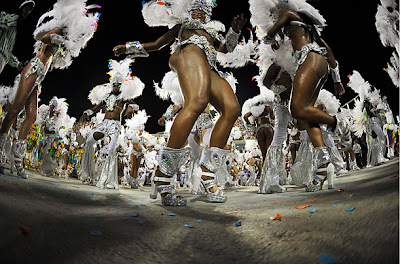 Samba Steps
Dancers from the Mocidade samba school perform during the first night of Carnival parade at the Sambadrome in Rio de Janeiro on Feb. 20, 2012.

Posted by HappySurfer at 4:38 PM