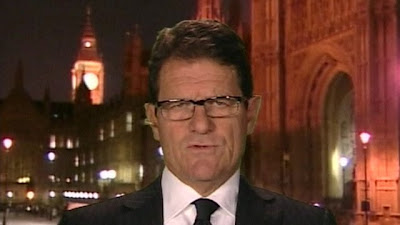 Capello, who disagreed with the FA's decision to strip John Terry of the England captaincy pending his trial in July over alleged racial abuse of QPR's Anton Ferdinand, took over in December 2007.

The £6m-a-year contract was due to expire in the summer, but Capello left the job following a meeting with FA chairman David Bernstein and general secretary Alex Horne. Capello has taken England to the European Championship. 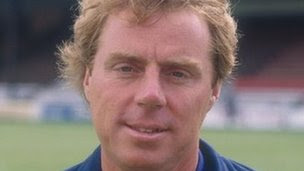 Tottenham boss Harry Redknapp receives strong support to succeed Capello. In public Harry Redknapp is the affable, well-respected, cheerful Cockney who is loved by football fans across the country.

Harry is currently managing Tottenham Hotspurs who is currently at third placing (with 50 points) on the English Premier League table, five points behind second placing Manchester United and seven points ahead of Chelsea at fourth.

Harry Redknapp should succeed Fabio Capello as the next England manager now he has been cleared of tax evasion, says former coach Sven-Goran Eriksson.

"Let's face it, Capello has taken England to the European Championship but if he doesn't want to go then we need to get someone in who does care.

"England should be managed by an Englishman. Harry is an outstanding candidate, Roy Hodgson is in there too.

"I support the FA in what they have done but I feel, looking back, that if John Terry had resigned the captaincy then Fabio Capello wouldn't have had to fall on his sword. Protocol would have been to toe the line but he came out and said something to the contrary.

"It leaves us with a massive hole, four months before a major tournament. Players can survive these situations, they are selfish enough to do that.

"We see Harry Redknapp as a long-term successor and it is an incredible day for the Redknapp family.

"I think the obvious choice for everyone is Harry, but I don't think Tottenham are going to release Harry.

"He is a players' man. Everyone would want to play for him and he's proven that at the clubs he's been to.

"If Harry didn't want it and Spurs weren't willing to let him go I would give that man Terry Venables a shot again.

"That man is just an unbelievable manager and Harry is a similar type of bloke."

Reactions on Twitter..
Striker Wayne Rooney: "Gutted Capello has quit. Good guy and top coach. Got to be English to replace him. Harry Redknapp for me."

Midfielder Jack Wilshere: "People have their own judgement on Capello but for a young player who was given the chance to play for my country at such a young age he has shown great belief and trust in me so I can only thank him."

Right-back Kyle Walker: "Gutted to see Fabio Capello go, he put a lot of trust in me and gave me my first cap. just want to say a big thanks really."


Source: BBC.com
Posted by HappySurfer at 9:38 AM