Documentary on Sabah - Shoot For The Sky 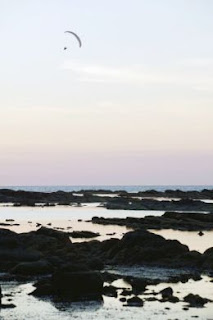 If you subscribe to satellite tv Astro's Biography Channel, you would be able to watch a documentary tonight on Sabah - a view of the state's landscape from the air.

Professional photographers, Jonathan Tan and Cede Prudente, will take to the skies in the programme called Shoot For The Sky on Astro's Channel 731 at 9pm in which they will fly over Sabah to take images of Sabah from the air. For this assignment, they learned to fly in a powered paraglider or paramotor, to get a bird's eye view of some of the amazing sights in the state, dubbed Land Below the Wind.

Their journey will take them across Sabah's dense tropical rainforests and breathtaking locations such as the long Sandakan coastline, picturesque Semporna islands and majestic Mount Kinabalu.

Below is but one stunning image from their adventure. For more, visit Documentary on Sabah - Shoot For The Sky. 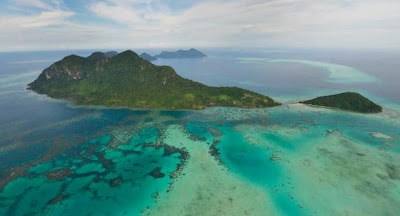 In the meantime, let me leave you with a trailer of the documentary on Bio channel..


More.. The Star..Documentary about two paragliding Malaysian photographers to air today
Posted by HappySurfer at 6:13 PM