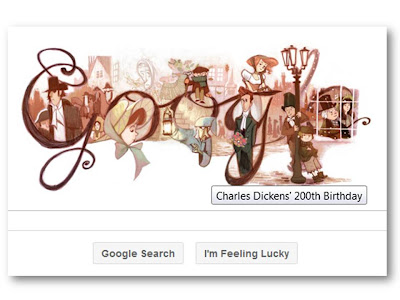 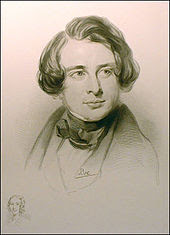 Charles John Huffam Dickens was an English novelist, generally considered the greatest of the Victorian period. Dickens enjoyed a wider popularity and fame than had any previous author during his lifetime, and he remains popular, having been responsible for some of English literature's most iconic novels and characters.

Most of us would probably know him as the author of such classic works including A Christmas Carol, A Tale of Two Cities, Great Expectations, David Copperfield, and The Pickwick Papers, his first novel.

There are museums and festivals celebrating Dickens' life and works in many of the towns with which he was associated with.

There is even a Dickens World themed attraction, covering 71,500 square feet (6,643 m2), and including a cinema and restaurants, opened in Chatham on 25 May 2007. It stands on a small part of the site of the former naval dockyard where Dickens's father had once worked in the Navy Pay Office.

This year, Prince Charles, the Prince of Wales and the Duchess of Cornwall are to lead celebrations to mark the 200th anniversary of the birth of Charles Dickens.

Events to be held across the country include a wreath-laying ceremony at Dickens' grave in Poets' Corner, Westminster Abbey, and at his birthplace in Portsmouth, Hampshire. More..

You can find more information about Charles Dickens on Wikipedia. Also check out A walking tour of Dickens’ London - bbc.com

A Visit to Dickens World

Posted by HappySurfer at 2:31 PM