Here is another young Korean talent who is fast gaining popularity and whose audition video is going viral online on You Tube. 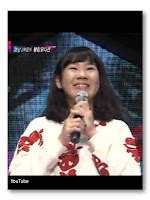 The 15-year-old Park Ji-Min, a Korean reality-show contestant on “K-Pop Star,” an American Idol-like singing competition, even had Ashton Kutcher tweeting: this is AMAZING!!!! and WSJ asking Is Park Ji-Min the Next Susan Boyle?

Choi Sung-bong is the other Korean talent who got the world watching. In the final, Choi lost out to popping dancer, Joo Min-jung who won the grand prize of 300 million won and an automobile.
Posted by HappySurfer at 12:34 PM