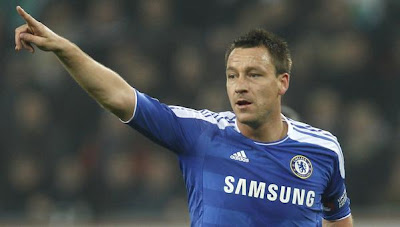 John Terry has been stripped of the England captaincy, the English FA said on Friday.

The 31-year-old Chelsea centre back is awaiting trial after pleading not guilty on Wednesday to a charge of racially abusing Queens Park Rangers defender Anton Ferdinand during a Premier League match at Loftus Road in October.
More.. The Star..John Terry stripped of England captaincy

He will also be ruled out when Man United visits and probably next weekend’s match at Everton too with a knee injury.


Malaysia would do well to take a lesson from the English FA - remove people who are bent on stirring racial disharmony in the country. Oops! We'd then be left without so many sh*t-stirrers and more fresh air.. I wish!
Posted by HappySurfer at 10:08 AM