Puppetry of the Penis

Stumbled upon this on the Reuters site under Strange and Unusual. Indeed! 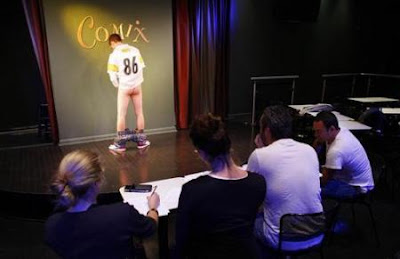 Christopher Cannon auditions for the performance-art show "Puppetry of the Penis" in New York April 14, 2009. Actors trying out were given a quick class on the different tricks to contort their genitals and then were individually tested to see if they had the skills. 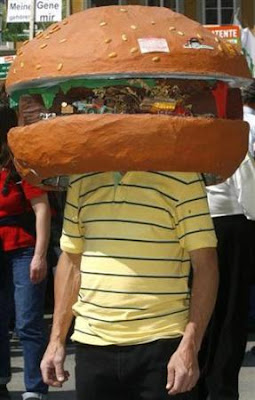 A demonstrator wearing a model of a hamburger on his head, is pictured during a protest by German farmers against patents on animal breeding in Munich, April 15, 2009.

More Strange and Unusual stuff here on REUTERS
Posted by HappySurfer at 10:28 AM