Sarawak goes to the Polls today 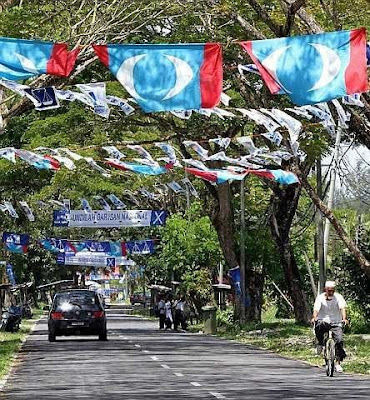 Sarawak, a resource-rich state on the island of Borneo, East Malaysia, decides on their choice of government today. Some statistics below from The Star:

The 979,796 registered voters in the state will choose from 213 candidates to fill the 71 seats of the State Legislative Assembly.

A total of 1,749 polling centres located in schools, community halls, longhouses and multi-purpose halls have been set up. They will remain opened until 5pm.

The Election Commission said the first official result of the polls is expected to be announced by 8pm and the last by 11pm. Delays would occur in the event of heavy rain, storms or flooding.

The highest number of voters in this election is located in the Pending (N10) constituency which has 29,488 voters.

The smallest number of voters is in Rumah TK Pa’ Berang under the Ba’Kelalan seat with 20 people.

A total of 27 helicopters and two fixed-wing airplanes would be used to facilitate the election process.

Check out The Star's live coverage.


Source: The Star
Posted by HappySurfer at 10:03 AM