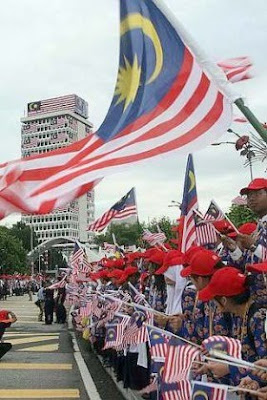 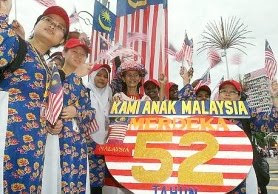 Today, August 31, is Malaysia's National Day. It is the nation's 52nd anniversary. Because it falls in the Ramadhan (fasting) month, national celebrations this year have been scaled down. Instead of the usual two-hour national day parade, it has been cut down to a mere forty minutes involving only 1600 participants allowed entry into the grounds. The location has also been changed to a smaller one (at the Parliament Square) instead of the usual place at Merdeka Square (locally known as Dataran Merdeka).

This is Merdeka Square.

And this is where the parade normally passes where the dignitaries are seated.

There is not much in the form of decorations this year. The people have been asked to maintain low key. There is only the usual flag displayed in business premises and some giant flags draped across buildings and some buntings. No fireworks display at KLCC and such. Overall, it's going to be a quiet national day.

I was at Suria KLCC last week and true to form, the decoration was indeed low-key. Too low-key I thought. 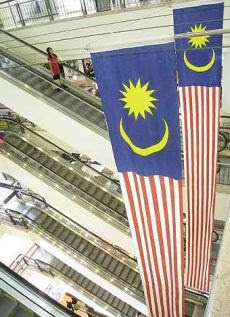 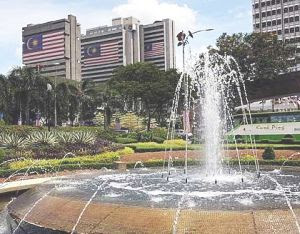 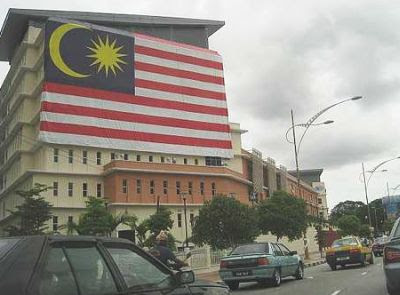 But hey, Google Malaysia has not forgotten to commemorate the occasion.. 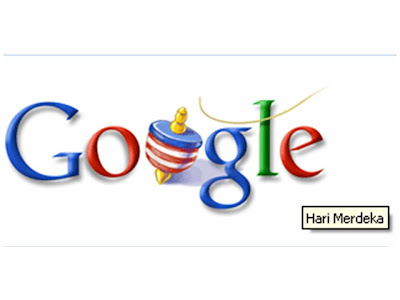 How is the decoration at where you are?


Image source:
The Star
Wikipedia
Posted by HappySurfer at 11:18 AM