Photography of an unusual kind 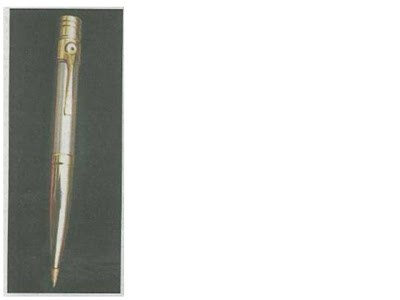 This is a pen. It sure looks like a pen, doesn't it? Only thing is, it is not a pen per se but rather a camera under the guise of a pen. Great invention, and like all great inventions they serve the better good of mankind but if used inappropriately, they can get people into trouble.

Last month, The New Paper of Singapore carried a story about a Comfort taxi-driver exposed for snapping secret 'upskirt' shots in his cab with his hidden pen camera. 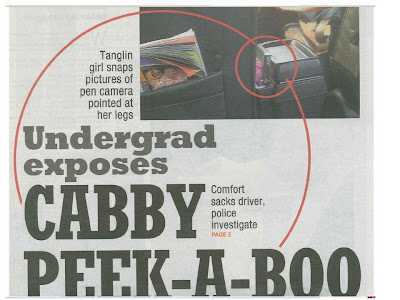 The cabbie has since been fired from his job and is under Police investigation. If found guilty, he could be jailed for up to a year, or fined, or both.

I hope this 'act' is not happening here though there have been some instances of hidden camera found in changing rooms and restrooms. There are also emails warning of camera affixed on shoes or cameras that shoot through clothes. Have you experienced any such untoward incident? I hope not.

By the way, did you notice that there has not been any news of cab-rapes lately in KL after the culprit has been caught? It sure is a big relief because I do take cabs sometimes.