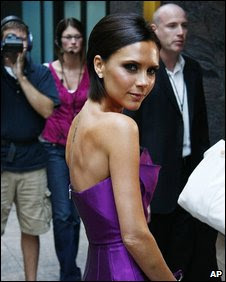 How would you like Victoria Beckham replacing Paula Abdul in American Idol? What??!! Why not, eh?

No, Victoria was only stepping in to fill the vacant space left by Paula's departure for last weekend's first auditions in Denver. 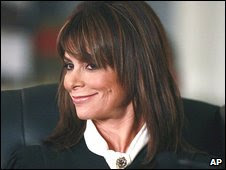 They are still looking for a permanent judge as reports have it that Paula Abdul will not be coming back but instead be joining a rival show, So You Think You Can Dance.

She has not been approached to be a permanent judge but there is a high possibility of her having a recurring role as either a guest judge or a choreographer.

Kara DioGuardi wore a black dress and said she was "in mourning" for her colleague.

"She was really the heart of the show, incredibly nurturing to the contestants," she said of Paula Abdul.

From Simon, "She was like my best buddy on the show," "And you only realise how much you miss somebody when you're not there. I am sad."