Andy Lau sure has a lot of fans in this region or at least in Malaysia if the list of search keywords hitting my blog is anything to go by. 80% of today's keywords are related to Andy Lau. It was 100% at one point yesterday. 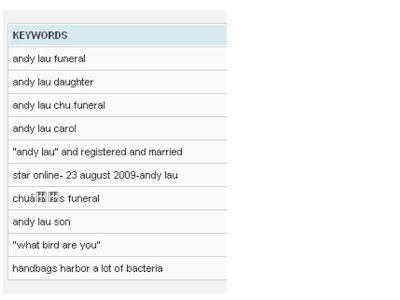 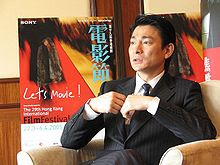 Born on September 17, 1961, Andy Lau Tak-Wah, MH, JP is a Hong Kong Cantopop singer, film actor, and producer. He has been one of Hong Kong's most commercially successful film actors since the 1990s. Andy Lau has since appeared in more than 100 films and 300 mini series with Hong Kong's TVB channel, and has a huge fan base throughout Asia with the success of both his onscreen performances and his musical career.

Did you notice the MH and JP after his name? Andy Lau is the proud recipient of the Medal of Honour (MH). The Medal of Honour is part of the honours system in Hong Kong. It was created in 1997 to replace the British honours system after the transfer of sovereignty to the People's Republic of China and the establishment of Hong Kong Special Administrative Region. This medal is awarded in recognition of community service in a district or in a particular field over a long period of time.

Andy Lau is also a Justice of the Peace.

With a long list of TVB series, movies and music to his credit, (he is also a film-producer), it is little wonder that he has a huge fan-base in this part of the world. This Heavenly King of Cantopop has won many accolades in both film and music.

Interesting statistics this one:

Since the early 90s until their gradual retirement after 1997, Andy Lau, along with Jacky Cheung, Aaron Kwok and Leon Lai were referred to by the Chinese media as the Cantopop Four Heavenly Kings (四大天王). They dominated all levels of media from magazines, TV, cinema to music.

Andy Lau has been known for his perseverance and hardwork. Since 1992, Lau has appeared in concert more than 180 times.

He made it into the Guinness World Records for "Most Awards Won By A Canto-Pop Male Artist". By April 2000, Andy Lau had won an unprecedented 292 awards, for a singing career that began in 1988.

From TVB’s Jade Solid Gold Award Ceremony since 1990, he has won

As well as being a versatile singer, Andy Lau also writes his own lyrics and composes the music. He does it for others as well.

If you are a gamer, you could have noticed Andy Lau's cameo apprearance on the video game, Prototype. Andy Lau is alleged to have been featured as a non-player character (NPC) as a random pedestrian in a sandbox-style action video game called PROTOTYPE. The game was released on Microsoft Windows, Playstation 3 and Xbox 360 in early June 2009. The striking resemblance of Lau is well-recognized especially by gamers in Asia where Lau is tremendously well-received. 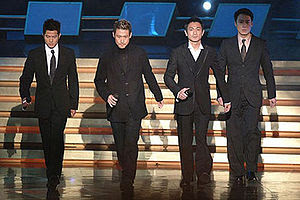 Whether Andy Lau is married or not, I believe his fans still love this Heavenly King. (Did I hear "Peter Pan of Cantopop"?!)

Related articles:
Andy Lau, the Son-in-law?
Quite a ‘scene’ at funeral of Chu’s dad
Posted by HappySurfer at 12:21 PM