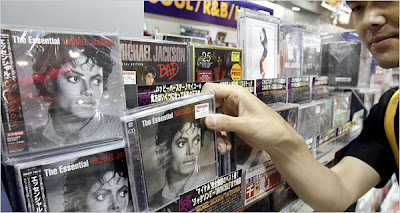 It has been 48 days since Michael Jackson died, and while family members of the late pop star are still at war with the executors of his estate, the answer to another question — how much the singer is worth in death — is becoming clear. He has already earned $100 million through a film deal and various merchandising contracts, and the executors expect another $100 million to roll in by the end of the year.