Venice - One Cent A Room

People don't stop to pick up one-sen coins anymore. Before the round-off was introduced, one-sen coins were still in circulation and seen in tip-boxes at restaurant and supermarket checkout counters. These days, they are a rare sight. Ten sen won't get you much, let alone one sen. But recently, a hotel room in Venice went for one cent - err...due to an error.

Venice for one cent a room error A hotel near Venice has accepted that its rooms were mistakenly advertised online at a mere one-hundredth of a euro instead of up to 150 euros (£129).

Nearly 230 people took advantage of the offer, booking on average more than six nights per person at the Crowne Plaza.

It is 20km from central Venice, one of Italy's main tourist destinations.

The hotel is run by the Intercontinental Hotels Group (IHG) which says it will honour bookings made while the mistake was online.

The company say the mistake was made at the offices of IHG in Atlanta, Georgia in the United States.

"Although a pricing error, IHG is committed to honouring the 1-cent rate for guests who have a valid confirmation," the hotel group's Monica Smith said. 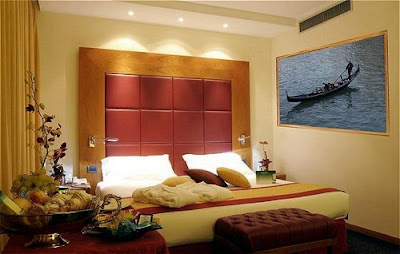