No Community Shield for Manchester United 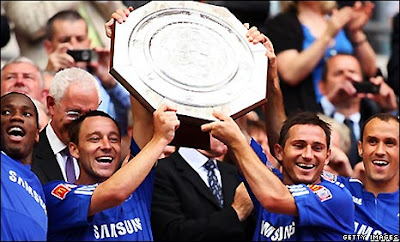 Shucks! I was hoping to be posting a winning picture of Manchester United with the Community Shield but alas, it is not to be.

Instead, the silverware goes to Chelsea FC winning 4-1 on penalties at Wembley. The actual score was 2-2 right up to the last minute.

Oh well... There are worse things in life. Take for instance, the havoc that is being caused by Typhoon Morakot that hit several countries in Asia causing hardship and devastation in The Phillipines, Taiwan and China.

Let's take a peek from BBC.
After the storm, came the floods, as Typhoon Morakot swept through The Philiipines, Taiwan and south-eastern China. Deluge of rain caused dams to burst. More than 10,000 forced from their homes in provinces north of Manila. In some areas whole villages were affected. 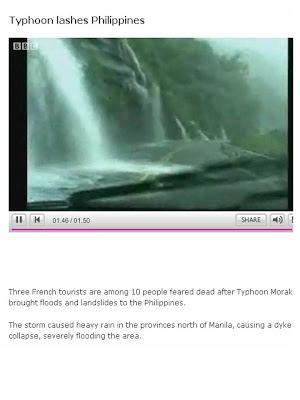 In Taiwan, an entire hotel collapsed after flood waters undermined its foundations. 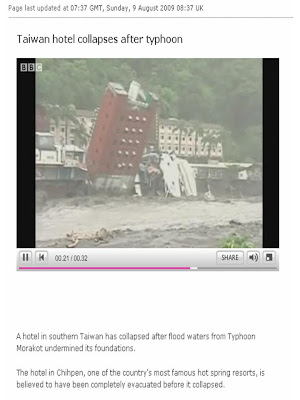 And in China, a million people have been evacuated as water level rises in the Fujian province. Tens of thousands of fishing boats were ordered back to shore. Hainan Island was not spared as fourteen villages were struck by Typhoon Morakot. 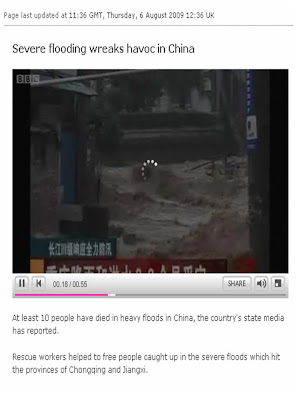 And we think a bad hair day or a missed date is the pits? Most of us do have A LOT to be thankful for. I am counting my blessings and my heart goes out to the victims and their families.
Posted by HappySurfer at 12:13 PM