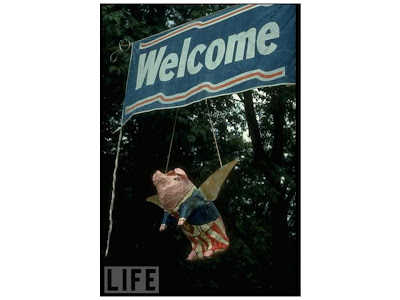 Tomorrow, Aug 15 2009, marks the 40th anniversary of Woodstock. Forty years ago - seems like eons away, most of us were not even born yet. Still, it must have been an experience of a lifetime for those who were at that festival of music and peace.

Forty years ago, LIFE's photographers and reporters were on the scene when half a million young people -- "lured by music, the country and some strange kind of magic" -- came together on a dairy farm in upstate New York. From Aug. 15-18 of 1969, they created a colorful, amazingly functional community whose ideals would reverberate for much longer than those three days. To celebrate the anniversary of Woodstock, LIFE.com presents the best photos from the festival -- shots that evoke its spirit of peace, love, music, and mud. 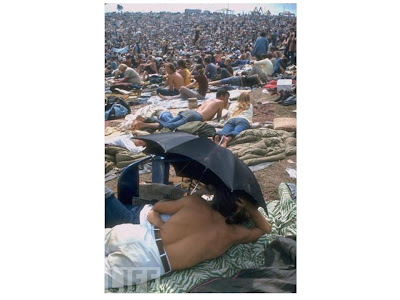 Young people lie in the shade under an umbrella, the crowd behind them endless. From LIFE's Special Issue: "As singer Janis Joplin flew in, the chopper pilot turned to her and pointed: 'See that hill over there -- the one that's not green. That's all people.' 'Far out,' she murmured. 'Even Billy Graham doesn't draw that many people.'"

And after three whole days of peace, love, music, rain, mud, (some nudity) a couple twists a blanket between them, probably trying to squeeze out the water. Scattered around them: evidence of the acres of trash that were left behind by the crowd. Nearly 500 people stayed behind to help in the daunting cleanup. 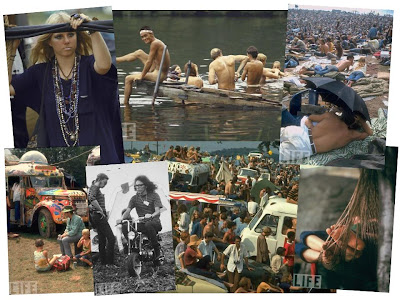 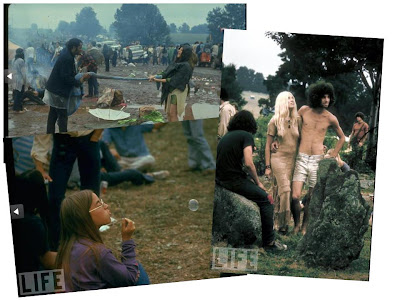 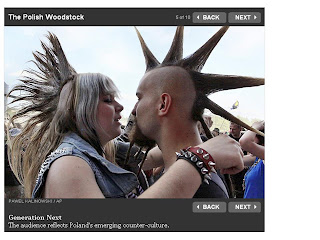 While over in Europe, another music festival anniversary is being celebrated - The Polish Woodstock, organized by the Great Orchestra of Christmas Charity, a non-profit foundation dedicated to raising money for children's health. The festival kicked off in 1995, free of charge, as a way to thank the group's volunteers.

The three-day summer concert evokes the spirit of the Woodstock Festival that took place in 1969. Its motto is: "Love, Friendship and Music."


I didn't know the man but would still like to pay tribute to a music legend, Les Paul. Paul passed away on Aug 12, aged 94. 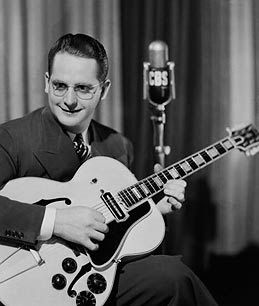 He was an inventor and an inspiration. He pioneered recording on tape, creating dozens of layers of sound with an early reel-to-reel tape machine. He designed (though he did not construct) one of the first synthesizers. He devised the first eight-track tape recording system, which would not become generally accepted until 15 years later, when the Beatles made their White Album. And he invented the Gibson Les Paul, an instrument used in various models by Eric Clapton, Jeff Beck and loads of other Guitar-zans. - Time